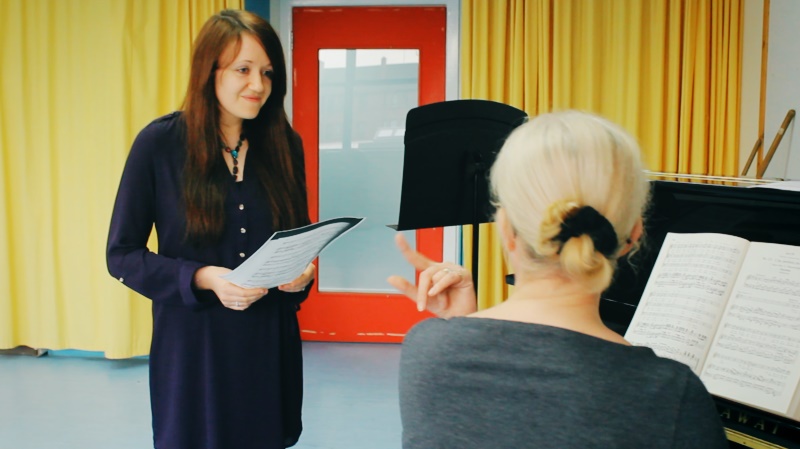 Blinking is inoffensive, attractive even, when done properly. But when you’re blinking so much that your face concertinas and a nearby flock of pigeons takes off in sympathy, it’s probably not being done exactly as intended. I’ve suffered this nervous twitch since childhood and, over the years, have tried a variety of medically sound and alternatively silly methods of calming my eyes the hell down. To no avail. It seems that where my eyelids are concerned, no amount of homeopathic salve or rigorous counselling will curb their enthusiasm.

These days, I try to find it endearing. A part of that strange concoction of whats and wherefores that makes me the one that I some. And now, when a stranger kindly points out that there’s something not quite right with my peepers, I’m happy to discuss the relative merits of habit reversal therapies, before I tell them, politely, to piss right off. But for a long time, blinking was my biggest bugbear; this physical manifestation of my nerves, providing a mouthpiece for my anxieties that screams my worries to anyone who’ll listen. The worst thing about a facial tic isn’t the uninvited comments or the times it keeps you awake at night, relentlessly active when the surrounding five feet one is knackered. It’s that the more you notice it, the more it takes hold. Like its homonymic namesake, a parasite, feeding on your attention, gathering strength as you fall to weakness.

Twitches, in no particular order except that of the day, are debilitating, embarrassing and all-consuming, and, for a long time, I thought mine could stop me being the person I wanted to be. Even recently, beyond the Glasgow 2014 challenge, as my confidence soared and I tackled more each day than I had ever thought possible, I still found myself apologising for a stupid nervous fluttering that was completely beyond my control. But no more saying sorry for my eyelids, I’ve decided, and it’s all down to Mozart, opera, and a misplaced little pin. Yep, really.

Scottish Opera, as I was to find out during my recent visit, isn’t just an employer of stunning sopranos and brilliant baritones. The scale of the operation housed under that one unassuming roof in the centre of Glasgow is beyond impressive, and the career paths sustained therein are as diverse as opera’s proponents. During my morning tour of the building, I watched joiners and artists transform wood and paint into Irish smallholdings, fondled fabrics that dressmakers would stitch to the bodies of corseted queens and, of course, heard the beautiful song of performers, repetiteurs and conductors, bringing it all to life. Talk about impressive stuff. Go on, talk about it.

Before we go any further though, I should explain my relationship with singing. We’re estranged. In fact, our love affair lasted barely a week, during a particularly heady summer of childhood when anything seemed possible and tone or pitch mattered not a jot. Then reality struck and I was forced to admit that singing and I were just too different to make it work. Singing was joyous and vibrant and skilled, and I, well, I was me. We never crossed paths again.

You can imagine my terror then, when I was invited to take a voice session with soprano, Frances Morrison Allen, conductor and singing coach to Scottish Opera’s Community Choir. Think fear, multiply by crushing, and you’re coming close. I crept into the music room like a child to its parents’ bedroom, out of not only my own depths but everyone else’s too. And from her seat at the piano, I’m sure Frances could see it. But she didn’t acknowledge that I was a wreck so neither did I, and as we both ploughed on with vocal warm-ups, my focus shifted to the notes and the words, and soon my posture was loosening, my airways clearing, and, I suppose, I was singing.

More than just singing though, I was enjoying myself. Sure, there were moments when tension resurfaced, I remembered that my voice and I had issues, and I bottled out of any note for which I had to reach, but in those times, Frances always had a tip to bring me out of my own head and back into the music. Whether it was pressing my fingertips to my scalp to visualise the sound emanating from my forehead or walking in circles to remind me of the movement of the melody, every little technique moved me towards confidence in my ability. By the end of my whistle-stop lesson, I was able – and, more to the point, willing – to sing an entire aria, albeit a brief one: L’ho Perduta from The Marriage of Figaro.

And I didn’t die! No-one’s ears bled and the windows remained safely intact throughout. Maybe singing and I could overcome our differences after all.

Next on my operatic agenda, however, was one test further than I had expected: a performance session with director, Elaine Kidd. For someone who, at one time, suffered performance anxiety just buying a bus ticket, this was never going to be easy. But I was there to learn, to develop, not into a professional singer, of course, but into a person who was no longer afraid of her own voice. So as Elaine explained to me the importance of finding the character and the value of addressing your entire audience, I tried hard not to panic, not to hear the words of doubt rising to the surface, and forced myself to just listen and act.

Nervous though I definitely was, once I had let go of my presumptions of absolute failure and decided that an hour of drama tuition was not the hell I had imagined it to be, I began to relax. But I was still unconvinced that I would be able to bring anything to the role of Barbarina, the character who would normally sing this pony’s one trick number. Imagine my absolute surprise though when my old nemesis, blinking, came to pay its dues at last.

You see, Barbarina is panicked, she’s anxious, she’s… me! Well, a me of old, but one that’s still in there, that I remember only too vividly, and one that can apparently be tapped into when the need arises. As the need arose, I rallied my worries and used them as they had always used me, and just as Barbarina had lost her little pin, I lost my reservations and, I suppose, lost my hatred of blinking. My silly big eyes flapping maniacally were perfectly in keeping with the scene and actually brought some life to my otherwise horrible acting style. It was the first time that this part of me that I had for so long despised had been useful, valuable even, and that changed in me a little something I never thought could change.

By the time I was chanting along with the Community Choir in the Theatre Royal that evening, I was buoyant. Off key and out of tune, but buoyant. I sang with the confidence of someone who had realised that even those foibles, the twitches and quirks that cloud our self-opinion, have a place, and a part to play in our person. These little traits, the individualities that give us character and charm, aren’t to be feared or sidestepped, but pushed to the front, spot-lit and embraced for all their beautiful uniqueness.

So what if my face moves without my say-so; if my eyelids need ballast to keep them from free flight?

In opera, character isn’t to be shied away from. And in life, I’ll no longer be hiding from mine.

3 Comments on “All about that bass”