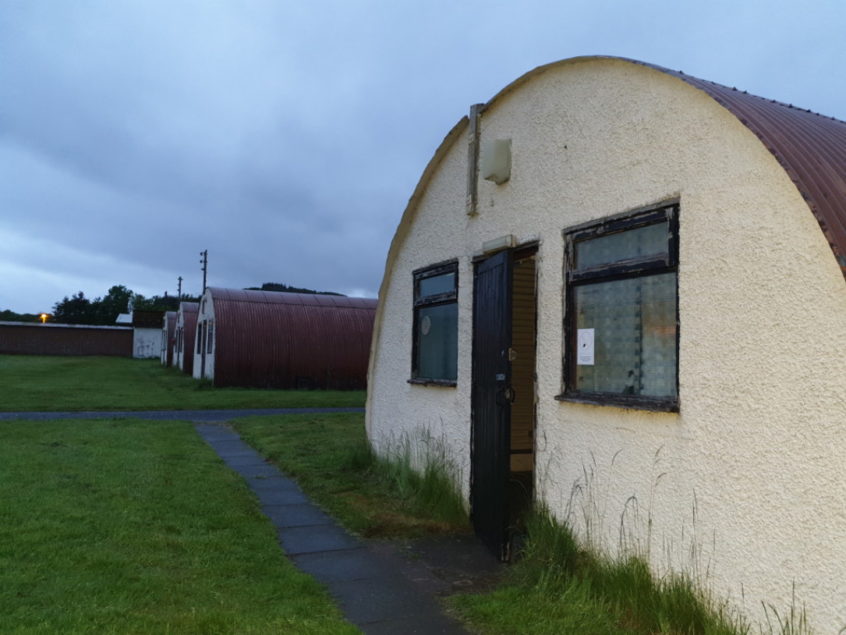 Are you on your own?

It’s a big question. Am I on my own? I’m not really sure I can answer that one without some proper soul-scouring. I guess we’re all on our own, finding our way through life, making connections with others but never managing to become anything other than just ourselves, holding onto other selves.

As I contemplated the nature of my existence and the human condition, the poor man with the registration list waited patiently.

Oh, yes; it’s just me, I finally managed to respond. He ticked my name off his list. 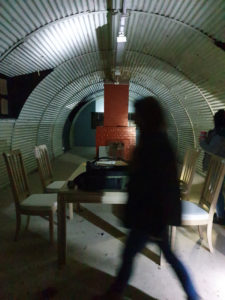 But it wasn’t the last time I was asked the question that evening. Only moments later as I took a seat in the rapidly cooling hut that was to be my shelter for the night, the same five words tumbled incredulously from a fellow ghost hunter to my left. My answer came more quickly this time, but I have to admit I was a little discomfited by everyone’s reactions to this solitary traveller. Maybe I should have cajoled someone into joining me at 9pm on a dreich Saturday night in an emancipated Prisoner of War camp in Perthshire. Looking around at the rest of the thirty-strong group, everyone else seemed to have managed it. But when I signed up for a ghost hunt at Cultybraggan Camp with UK Ghost Nights to face my fear of the dark, I hadn’t really considered that it might be quite a lonely experience. After all, surely we were going to meet kindred spirits along the way – or some kind of spirit, at least.

Founded by Lisa Tedstill, and with a flock of investigators, mediums and historians on the payroll, UK Ghost Nights provides guided paranormal investigations and ghost hunts, for all interested believers and non-believers alike. I joined their sell-out gathering at Cultybraggan: the last remaining World War 2 PoW camp in Scotland, now a locally-owned multi-purpose site, housing small businesses and community groups in its atmospheric Nissen huts and grounds. 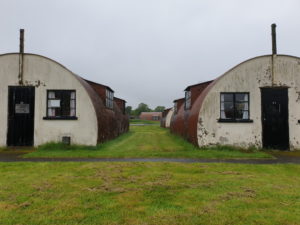 I should probably tell you up front, I’ve always considered myself a bit of a Scooby Don’t. I’m not really into snacks and I’m pretty sure the thing that goes bump in the night is the creepy janitor wearing a zombie mask – no less scary than an actual zombie but slightly easier to explain on the home report. You might say that I’m healthily sceptical; I overturn at least 3 of my 5 conspiracy theories a day. So while I’m terrified of the dark, I’m more fearful of natural predators than the supernatural kind.

I was expecting to have to down-play my cynicism slightly for the evening – given that I was relying on my hosts to protect me in the event that I was proven spectacularly wrong – so was surprised when, during the initial briefing, the gathered throng was asked for a show of hands as to how many believed in the paranormal and how many did not. What the hands showed was that it was perfectly acceptable on a UK Ghost Nights investigation to wear your doubt on your sleeve – as long as it didn’t slow you down when the angry ghosts took chase.

As always though, I had promised myself I would enter into the spirit of the adventure, whatever – or whoever – that spirit might be. By the time the housekeeping was over then, I was ready to see if bustin’ really does make you feel good.

Straight off, Lead Investigator, Roy, took the time to introduce the novices in the group to the range of equipment that was either to support the investigation or build our new robot overlords. There were K2 meters, movement sensors, spirit boxes, temperature gauges… In the common parlance, we were tooled up. Then we were off; split into groups, each led by an experienced guide, to explore the grounds and huts –and our own belief systems. 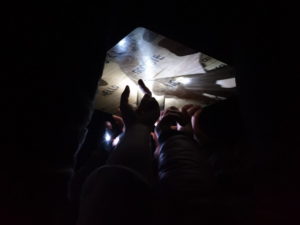 Now, if I were to describe what happened over the subsequent five hours at Cultybraggan, I would be forced to use words like ‘unsettling’ and ‘inexplicable’. But since I prefer to remain within the bounds of my own understanding – and words of fewer syllables – I’ll spare you my melodramatic musings and stick rigidly to the cold, hard facts of what I witnessed that night:

The coldest, hardest fact of all was that, after the hunt was over, there was nothing left to do but spend a night sleeping on the floor of one of the camp’s reportedly haunted huts, alongside most of the other ghost-hunters. Did I say sleeping? Sorry, I meant lying awake, cowering inside a borrowed sleeping bag, wondering what exactly that noise was. I told you I was going to face my fear of the dark, not that I was going to conquer it. 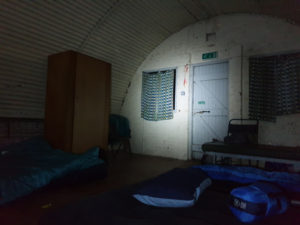 By 6am, my roll mat was rolled and my backpack packed; I stepped outside to a bright Sunday morning on a sprawling field of other people’s memories, once again completely on my own.