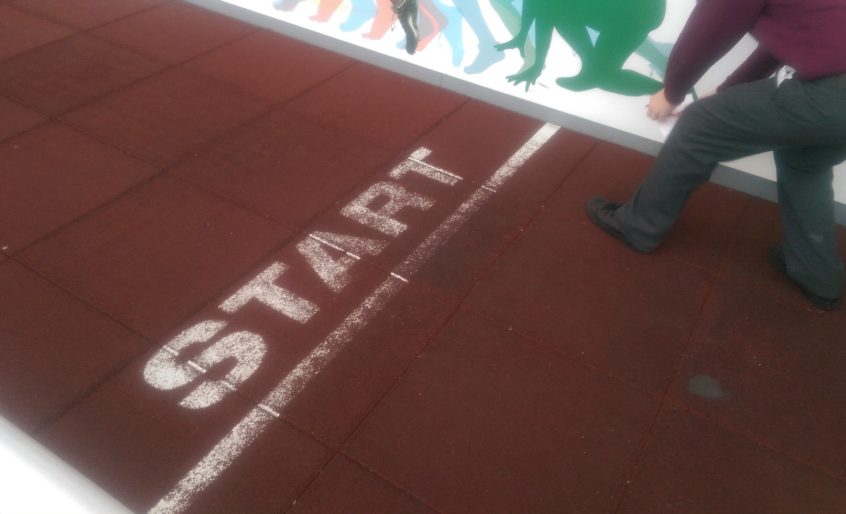 Personal space, green space, Space Invaders: all great guys. And all perfectly conquerable, given the right time and energy: politely ask that portly chap on the bus to move to one of the other hundred empty seats, plan a guerrilla gardening spree, go back to the Eighties and work on those Atari skills. Easy.

But Space, Space itself, that of big bangs, -time continua, and unheard screams, not quite so easy to master, I fear. And yet, the human race (of which I often claim to be part) has made such spectacular forays into the final frontier as to be truly breathtaking if not, as yet, masterful. Earth-orbit, moon landing, space stations: once just chemical specks on a philosopher’s cerebrum, all now notches on a generation’s bedpost, clawed by those extraordinary few who have gone boldly and stepped giant-ly on behalf of this humble third rock. I’d raise my hat, if hats or raisings were my thing.

I’m not much of an astronomer. I mean, I know stuff is up there, and that’s great, but most nights I couldn’t pick out the Big Dipper with Hubble and a Sky at Night tutorial. In my defence, warm hoods and Scottish cloud cover normally fog my view. I love the mystery of Space, the majesty of its endless expanse but, at the same time, I find the concept of clinging to continental crust, spinning infinitely around an angry ball of burny fire seriously overwhelming. Not frightening, no. If I had the chance to offer my particular skill-set to the next ISS mission, I’d be on that launch pad, teapot in hand, ready to bring the perfect cuppa and pedantry to the stars.

I just find it altogether baffling and, when I do eventually de-baffle, my brain finds it very difficult to keep a firm grip on the concept. It understands nouns and bonds and touchable entities. Nothingness, borderless emptiness that somehow simultaneously contains every thing and one we know and have any modicum of feeling for? I’m out. But unavoidably still in. Ouch.

It’s no shock that astronaut is on the list of jobs that children want. I’m only surprised it isn’t the list. Adventure, travel, perilous danger, and the greatest chance of encountering aliens since Sting went to the Big Apple. Perfect childhood fodder. Add in the building block living quarters and peeing where you stand and it’s the average toddler’s bread and butter.

But how does a (questionably) grown, adult woman lacking even Lego’s requisite engineering skills test out astronauting on behalf of all those aspiring Armstrong s everywhere? Joining the UK Space Agency’s Mission X programme to Train Like an Astronaut is a triumph of a start.

Between January and March this year, I’ll be building an astronaut core, climbing a Martian mountain and jumping for the moon, along with 17000 school kids across the UK, and many thousands more throughout the world. This international programme enables young people to learn about fitness and nutrition, and to gain an understanding of human performance in space, while following the activities used by astronauts and cosmonauts in preparation for space travel. It’s education, Jim, but not as we know it. This year’s ambassador is Samantha Cristoforetti, who is currently living on the ISS, so we’re in pretty good company! By the end, I’ll have tried my hand – and eyes – at stargazing, climbed into a spacesuit, and might even get the chance to give 4G a whirl on the UK’s only human centrifuge machine. Step aside, 007.

This week, I was lucky enough to be invited along to the launch of the Mission X programme in Glasgow, where 150 school pupils (and one privileged hanger-on!) gathered at the Science Centre to blast off their astronaut training. After a showing of the spectacular Space Station 3D, which documents the construction of the International Space Station and the journey of the crews who have made it happen, we started the countdown – and our own personal Space journeys.

Afterwards, we spent the afternoon on the Astronaut Trail, testing our reactions, our fitness levels and, I’m sure, the teachers’ patience, as we bustled around the Science Mall, running, jumping and balancing for all our worth. I’m certainly not astronaut material just yet, but I’m pretty sure there were some inspired young minds among the group who will be heading for the skies when the opportunity arises. Their enthusiasm and grasp of the subjects shone through as they answered all questions put to them – and even some that weren’t – during the planetarium show, and I left the Centre that day sure that not only was Mission X a fantastic platform for these children’s education, but also my own.

Since the dawn of rational thought, humans have looked to the skies for answers, finding them in star patterns, planetary alignments and heavenly outpourings. Only now, men and women have risked life, limb and muscle mass to travel beyond our boundaries, to bring us the information and discoveries of which only our imaginations could once have conceived. So let’s face it, eating, studying and training like an astronaut in grateful homage is really the least this glorious waste of Space can do!