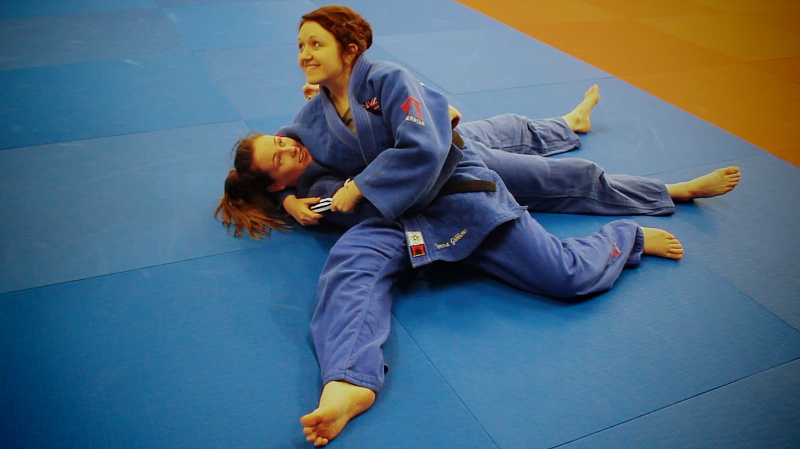 733 million. That’s the number of people in Europe, give or take a few off-the-gridders. Quite a crowd. And, poetically, we Euro-dwellers are all one in 733 million. But what about number one of 733 million? Well, someone has to be first or the whole listing system falls apart. And, recently, I was lucky enough to meet the chart-topper of Scottish Judo. I might have been star-struck if I hadn’t been too busy worrying about being fist-struck.

Euan Burton: World Championship medallist, Grand Slam winner and recent European Open Champion – making him, for all intents and purposes, number one of 733 million in his Judo weight class. Basically, if you want to know how to displace internal organs without spilling a drop of precious rhesus negative, Euan’s the man to talk to. He probably won’t tell you though; he’s not really that reckless.

I won’t lie: Judo was high up on my list of Sports I Don’t Ever Want To Try – closely followed by pretty much every other activity that might be classed as physical (up to and including running a ménage). I’m not ashamed to say that I’ve never knowingly been in a fight. There was a tussle once with a cat and some really nice twine, but technically only my left arm was involved – and that’s always been the wayward one. I’m a pacifist to my very bones; given the option of fight or flight, I’m on the first Cessna home. And while I knew that Judo was a far cry from playground scrapping with the school bully, the thought of honest-to-goodness combat – even in such lovely pyjamas – turned all but my most robust body parts into custard. So by the time I arrived at the Edinburgh International Climbing Arena, mountainous home of Judo Scotland, on a rainy Wednesday night, I was all stressed up with nowhere to go.

Fortunately for my mental health, the welcome I received was nothing short of toasty. From the moment I stepped gingerly into the dojo, it was clear that my attempts at Judo were going to be not just funny but fun – for me, as well as the accreting crowd of onlookers. The dojo was deathly quiet for my first beating, with only Euan and two ponytailed warriors gracing the inviting mats, on which I’m sure my name was already imprinted. Connie Ramsay and Jodie Mullen, both of whom are destined for Glasgow 2014 greatness, had kindly arrived early for their training session to coach a nervous novice in the gentle ways of Judo. Their smiles said, ‘don’t worry’ but my overly anxious brain somehow misinterpreted to, ‘DON’T! WORRY!’. It’s all in the punctuation with me.

After people introductions, came the more personal introductions – me to my costume change. Not even a spot of blood was noticeable on the thick blue cloth of the lovely Judo suit: impressive. In all my sport-trying, I’m pleased to admit that I’ve never had to be dressed by another person… until Judo. Several times during that one training session was I ushered aside by Euan and the girls for a quick belt-retying or an entire ensemble overhaul. Turns out, you have to do a good sideline in personal styling to be a decent judoka. The suit was surprisingly cosy, if a little long in the limbs, and made me feel strangely prepared. Or maybe that was the effect of the name emblazoned across the back: Gemma Gibbons. Not only was I about to try Judo with the country’s finest, I was expected to do it wearing an Olympic silver medallist’s clobber. Lucky I’m used to underachieving then.

Barefoot and ignorant, I joined the experts on the killing floor to start my lesson. Euan confidently ran through the moves I would be learning, while I nodded and giggled, overcompensating for my terror. Two throws, one hold and one escape was the plan. And I’m good with a plan… if nothing else.

Connie and Jodie took turns throwing me gracefully around the room, while Euan demonstrated how it should look if they had an actual partner instead of a giddy L-plater. And while it took more time than it should for me to get to grips with the sequence of moves, I instantly enjoyed the trying. In my head, I was embroiled in an energetic game of Twister, and if I could only get my free foot to yellow, I might just be able to knock Jodie off balance or pin Connie to the floor for an instant.

You see, Judo isn’t brutal, as I’d once thought. It’s almost balletic, in fact. Take three precise steps in the right order and suddenly you’re in a position to pitch your adversary over your strategically placed shoulder and introduce their face to the floor. ‘Face, floor; floor, face.’ Polite, like. And I did it all, as instructed – pin, escape, throw. The moves weren’t seamless, as when the professionals demonstrated. Steps were stilted, holds weak, and my training partners held back 99.9% of their abilities in order not to completely kill me, but the basics were there, and I think I just about grasped them.

I laughed along though when, at the end of my lesson, Euan announced it was time to have a real bout with the girls. The laughter stopped with a whimper when I found myself in the middle of the floor, bowing in turn to the athletes, and realised he wasn’t kidding. It was like starring in Swan Lake after just donning my first tutu. But I survived and maybe even managed to find my inner ballerina for a moment or two, as I narrowly avoided being slammed to the ground.

There’s no room for personal space in Judo; no ‘this is my dance space, that’s your dance space’ for a clumsy beginner. If a solid body part isn’t occupying a space, your opponent’s will be – whether or not that’s a micrometre from your intimates. When trying Judo for the first time, that’s something you really have to overcome, otherwise things get awkward – and quickly. While the sport can’t be considered a traditional team sport, getting to know people through Judo definitely isn’t difficult. Extricating yourself from your adversary’s spleen, however, just might be.

I spent a fabulous hour soaking up the experience of those true athletes, and barely noticed that the periphery of the room was gradually filling up with young people, parents and coaches, arriving for the night’s session of the Talent Development Training programme. Amazing, isn’t it, the difference a few months, and more than a few sports, can make to a person’s confidence and ability to ignore anxiety. I can’t say I was oblivious to the gathering crowd – particularly when Gemma Gibbons herself turned up while I was embarrassing her Judo kit with my shabby performance – but there was no agitation, no fleeing, no badminton-esque meltdown. How’s that for personal growth?

When the time came to vacate the fighting square (it’s probably not called that), I was a little sad to be handing Gemma back her sullied apparel – although it was more than a bit exciting to have warmed up an Olympian’s kit. Kindly, Gemma didn’t comment on my performance, instead explaining that she was coming back from injury and joining the session for the night as part of the recovery process. As an aside, at that level, ‘recovery’ looks very much like taking care of business.

For the rest of the evening, I watched real Judo happening, as the best young club members in the country practised alongside Olympians and Commonwealth potentials. If there’s a better way to inspire the next generation to stick with their sport and aim high, I can’t imagine what it is.

We all have talent; that I truly believe. It’s what we feed it that makes the difference. Dedication, time, confidence, support: without them talent surely withers. So while I learned some excellent moves during my time at Judo Scotland – some that I might even put into practise next time a cat threatens my haberdashery – it was the display of motivation that will really stick with me long after the bruises have faded.

So whatever you’re good at, wherever you excel, don’t starve it of attention and leave it to rot. Give it your energy, feed it your effort, and live life as your own one in 733 million.