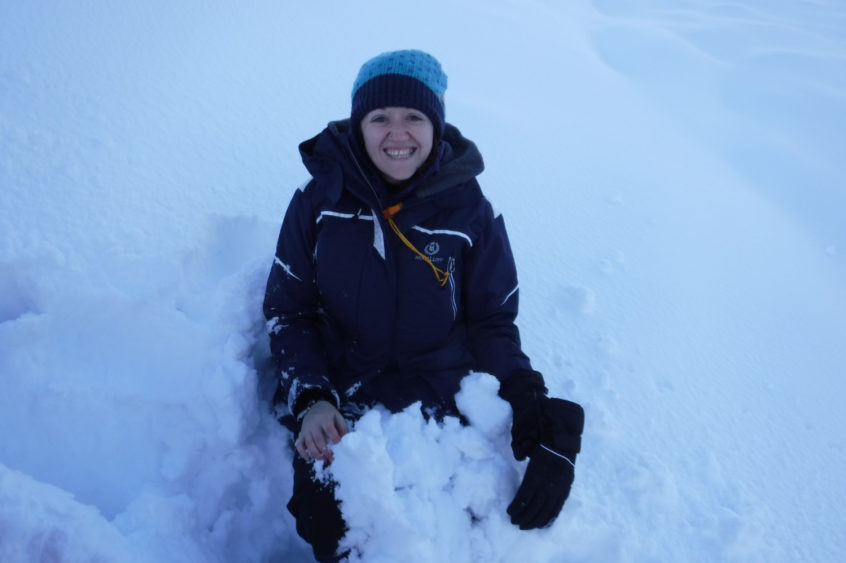 Three hours: it’s not a particularly long time really. Just a bit more than two and a bit less than four, when you think about it. When you don’t think about it, it’s still the same, but at least you’ve saved yourself the effort of working it out.

It all depends on context, of course. I mean, three hours in traffic won’t pass quite as quickly as three hours of strawberries and sugar, but it’s all just 10800 seconds of jams, after all. And 10800 seconds is all the time you would have left if you found yourself in an emergency cold weather situation without the basic protection of appropriate clothing, shelter and heat. Three little hours. I’ve spent as much time trying to work out if I’m gaining or losing sleep when the clocks go forward. It’s difficult to imagine being faced with such an explicit deadline, especially one so close at hand that you could grab it at a slight stretch.

None of us are promised the next three hours, of course, but if you’re looking for an adventurous way to spend some of your remaining minutes, while potentially extending your lifespan should you find yourself in extreme conditions, joining a Backcountry Survival course is a strong option. 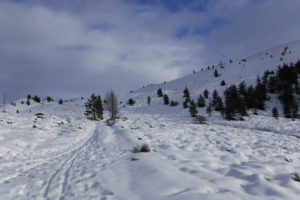 Based on the Alvie Estate in the Scottish Highlands, but running courses across Scotland the north of England, Backcountry Survival (BCS) is an outdoor training provider, run and staffed by folk to whom you wouldn’t just trust your life – you’d readily hand it over. Whether it’s navigation, bushcraft or fighting bears for food, if it happens outside, somewhere that Tesco has yet to franchise, these guys can teach you how to do it. And, let’s face it, the way things are heading, we might all be foraging for fungi in the coming months so learning what leaves are best left is probably a worthwhile pursuit.

Arriving at the BCS bothy early on a Monday morning with my second-hand waterproofs and rented crampons, I felt so underprepared and overwhelmed that somewhere in the middle I was probably about right. But after an hour or so of packing all my essential kit (into a bag in which I’m pretty sure my entire body could fit), and listening to reassuring words from my instructors, Neil and Graeme, while waiting out the weather for better conditions, my nerves had almost fallen to baseline terror. Not one to waste a breather for something as pointless as just breathing, Neil – BCS’s owner and all-round action hero – used the time to give me some instruction on preparing for winter treks, including where to find the most reliable weather information and how to work out what the hell it all means. Needless to say, my usual meteorological strategy of just having a peek out the window and grabbing a brolly wouldn’t quite cut it this time. 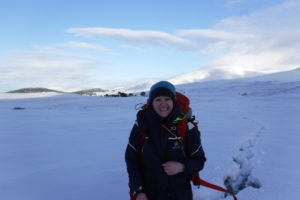 Once on the road, the beautiful backdrop of the Cairngorms soon became our ominous foreground, as we packed up our troubles (and, it seemed, everything else we owned) and set off on foot from the ski centre car park into the vast snowy landscape beyond. Given that we’d packed them, I’m not sure why I was surprised that my troubles came with me, when soon I was feeling the grip of panic pressing against my chest. The wind was high, the terrain was challenging, and I was sloooooooow – think snail through semolina and you’re somewhere around the right pace – so it quickly became apparent to the savvy among us (i.e. everyone but me) that the original plan of a few hours’ trek before digging out a snowhole in which to bed down, just wasn’t going to be possible in the time before nightfall – or indeed the oncoming summer.

If I hadn’t been so relieved to be heading back down the hill, my ice axe still safely affixed to my rucksack, I probably would have been embarrassed by my pitiful performance. But humiliation is a luxury afforded only to the capable and I, thankfully, could never be accused of such status. In the time it took me to apologise for wasting their afternoon, Neil and Graeme had already devised a new plan, based on a more realistic expectation of my capabilities. This was the moment I fell in love with these guys. I was clearly a liability – there are bad debts with more promise than me – but instead of writing me off, they found a way to make the most of my enthusiasm but complete lack of skill, by bringing the bar just low enough for me to clamber eagerly over. 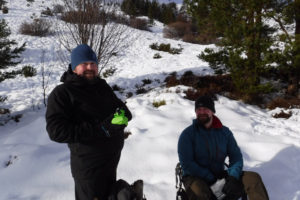 A different path – more sheltered, less technical – would allow me to calm down enough to finally start to appreciate both the incredible surroundings and the equally impressive bank of knowledge that my instructors had to share. As we trudged through, at times thigh-high, snow for several hours, I somehow never tired, as Neil taught me about way-finding and topography, and Graeme, who at first seemed more Ray Mears than ray of sunshine, helped me pace out distances and kept me entertained with constant chat and name-calling. It turns out, he’s at his happiest when most people would be fearing for their lives. Even tumbling into a freezing stream, as he carved a fresh path across the vast white plain, wasn’t enough to dampen his spirits. I can’t say I was quite as unaffected when I fell in only moments later.

By the time we reached what I was assured was our destination – a patch of land that, to these untrained eyes, looked identical to every other patch of land around – I was ready to stop slogging through the snow and start slogging into it instead. Digging emergency shelters into the side of a hill is honestly more fun that you would believe. Fine, I didn’t have the gnawing dread that this construction was my only hope of making it through the night, and I’m not completely sure the joy would carry over but, snow shovel in hand, with singular focus and shared effort, overlooked only by a covey of grouse flying overhead, I wouldn’t have sooner been anywhere else. 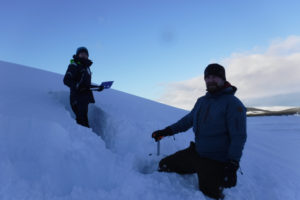 I’m not often pleased about my height – being constantly looked down upon hurts both neck and pride – but when you’re hollowing out a snowhole big enough for your own body mass, it pays to be the love-child of a pixie and Danny DeVito. Almost before Graeme had tired of hitting me with snowballs then, I was safely ensconced in what was a surprisingly cosy shelter, complete with snow-slabbed exterior, and a view no poet could ever describe. 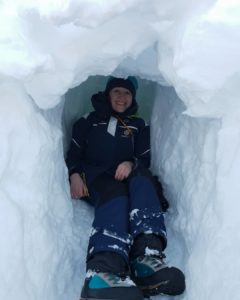 Over the past few years, I’ve often been called a survivor – among many less sympathetic things – but I’m not sure the word really suits me now. For long enough, survivor I was, as surviving I did; scraping my way from minute to minute, existing only as a host for nerves and shame. At some point, I became tired of surviving with anxiety and decided to try living with it instead. And while the route to recovery was torturous – the days exhausting and the nights spent frozen in fear – the effort was worth the outcome, as is so often the case.

The parallels of my day spent with Backcountry Survival then aren’t lost on me; my navigation skills aren’t up to much but I can spot a bad literary device at a 1:50000 scale. Neil and his instructors won’t just teach you how to survive the outside world, they’ll teach you how to live it – for all its dangers and lessons – and, for me, that seems like a trail worth breaking. 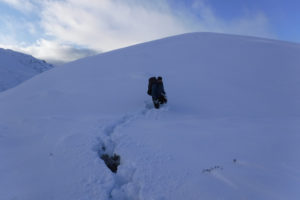 Huge thanks to Backcountry Survival for a fantastic day in the hills. To book your own survival adventure, have a look at their courses or to read about the most surprising things I learned on my adventure, read my guest blog for BCS.