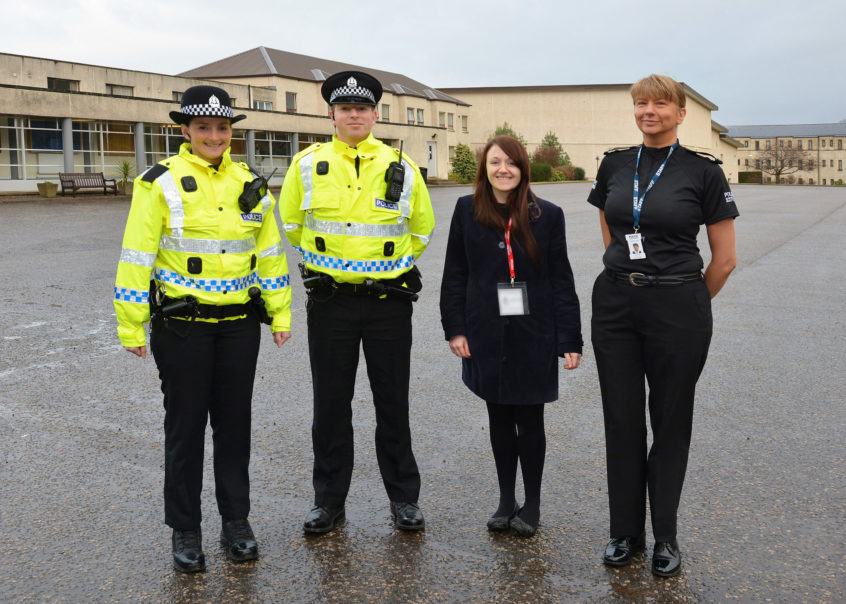 Over the last few weeks, I’ve been lucky enough to spend some time behind the scenes with Police Scotland, following the application process that hopeful recruits pass through when joining the ranks. My forms filled in, the fitness test – almost – passed, and my questions answered at a candidate briefing session, it was time this week to take my place at the Scottish Police College.

Many, many things surprised me along the way, but by the time I crossed the beautiful grounds of the college at Tulliallan, I was almost certain that most of my preconceptions about the institution I was about to join – if only for the day – had been shattered.

Here are the five things I thought I knew about the police, but didn’t.

Stand tall… or don’t
Far too often, people confuse height with ability. It’s one of the last remaining ‘acceptable’ prejudices, and it’s time it no longer remained. The work of a police officer is testing and varied, and the skills that I have as a five feet high woman, just as those of someone towering above me, will suit some but not all of the tasks of a Police Constable.

For the rest, there’s training. Police Scotland has a rigorous and wide-reaching training programme, equipping new recruits and old with the underlying skills they need to work with the public, for the public. And while they can never teach you to be a foot and a half taller (unfortunately), they can prepare you to use the body you have to tackle the problem at hand – whether that problem is chasing down a behemoth or squeezing through a cat-flap.

Family matters
People have lives. Our backgrounds, our social experiences, are what make us human and give us the skills to deal with very human situations. And Police Scotland don’t just appreciate those skills in their recruits – they need them. Being a working parent or a carer isn’t a problem, it might actually be a benefit.

Flexible working arrangements are available, and probationers no longer have to stay in the Police College during the twelve week training programme, making it easier for those with dependants to commit to the course while still maintaining family life. Don’t get me wrong, it’s not going to be easy to juggle such intensive training and a toddler back at home; but the support is there and you’re not out of the running so don’t take your trainers off just yet.

They all look so much younger these days
Despite how it may seem, Police Scotland aren’t looking for just the springiest of chickens among us. In fact, the only age restriction for applications is the lower of the two: you need to be eighteen to be appointed but can apply six months beforehand. It doesn’t matter if you’re twenty or fifty, if you’re fit and well, and ready to take on the challenges that police work has to throw at you, stick on your catcher’s mitt and get applying.

Life drawing
Modern life is creative. Tattoos, piercings, body modifications – all normal parts of every day doings for many people. And if you hadn’t given much thought to joining the police before now, it’s no surprise you didn’t base your creative decisions on how they would affect your progression through the ranks.

But having body art or metal additions isn’t necessarily a barrier to you entering the police force nowadays. As long as they’re not offensive, and aren’t on your hands, face, neck or head in general, you still have a shot at wearing the uniform – if you can get it on over your dermals.

Not only smarties have the answer
Police officers are faced with a huge mixture of scenarios day to day, and clearly common sense and problem solving skills are essential for a successful career in the ranks. But a degree in human behaviour or criminology, you don’t need.

Sure, the application process is rigorous, and recruits are both physically and academically tested, but the force is looking for ordinary people to do this extraordinary job. So you don’t have to have worn a cap and gown to wear the uniform, nor use letters after your name to put P.C. proudly before it.

If you’re interested in becoming a police officer in Scotland, you can find all the information you need on the application process from the Police Scotland recruitment page.