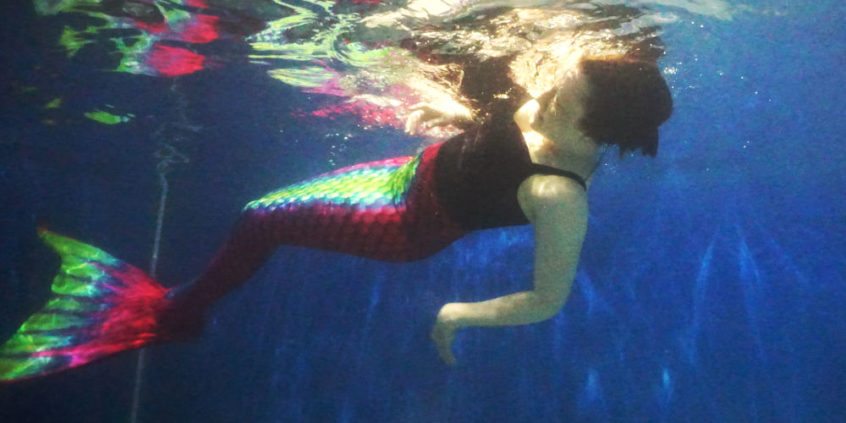 There’s something to be said for just being yourself.

And a smarter girl than me would say it.

Instead, I’ll say something about being a mermaid. Yes, that’s right, a mermaid.

I’m all about being my own person – it’s the only way any of us can be truly happy in the world – but when the opportunity arises to be a mermaid for a day instead, my own person can officially have the day off. That opportunity arose; that day off was taken.

Freediving instructor, champ, and all-round expert, Ian Donald, recently showed five such aspiring minnows the ropes, which were surprisingly easy to hold onto. 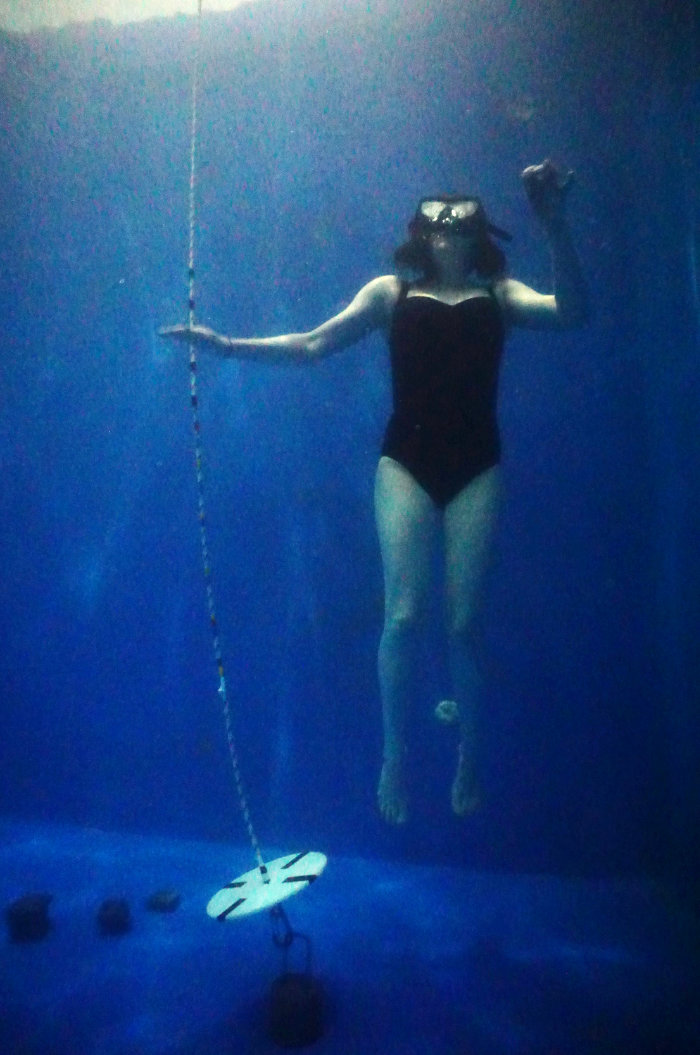 Of course, as any good mermaid knows, there’s no seashell bikinis and frolicking in the waves until school work is done so our first task was to study a little freediving theory in the classroom. Ian talked us through breath-holding and equalisation techniques, and while my attempts were more frenzy than Frenzel, understanding the why behind the what is always my favourite way to learn.

It wasn’t long though before we were donning wetsuits by the side of a local diving centre’s pool, chattering excitedly about the visions of elegance that we were surely to become. As usual, I was fixating on the depth – both of the water and of my fear – and hoping that I didn’t embarrass myself too much in the 3 metres of beautifully-lit water. Utterly ridiculous, I know, since I’ve been swimming in the sea and in lochs and lakes over the past year, but I still struggle in the deep end of a lifeguard’s gaze. And I can’t even spell psychosomatic.

Luckily only the shallow end was needed for our first session: buddying up and having a go at static breath-holding. With three turns each to relax for a few minutes, take our preparatory breaths then flip face down into the water for as long as we could, there was plenty of scope for testing out our own capacities. Finding calm in the water while four people were watching me look for it was a challenge at first but, remembering the tidal breathing description that Ian had talked us through earlier, I managed to keep things a chlorinated hair’s width below panicked. And I was reasonably happy with my solid 1 minute 50 seconds or thereabouts, although I know I could have pushed a little further.

But then, it was time to leave bipedalism behind and start my new life as half-woman, half-fish.

I may be little but I’m a terrible mermaid. I couldn’t fathom the movement that would propel this floundering body, with its feet fixed together into a big, rubber fin, anywhere other than to exhaustion and shame. I flopped and splashed, while the other mermaids flitted gracefully from here to there, with stops along the way for elegant poses and hair flicking. I clung to the edge like a limpet with abandonment issues, eventually just removing the fin in a moment of real empathy for Ariel’s plight. On land, they do understand, Ariel; they do.

But once the real tails came out – you know, the pretty, shimmering beauties that make even landlubbers (and I really lub the land) offer up their singing voices – I was determined to, at the very least, squeeze my ass into one and channel my inner Daryl Hannah for a photo. Fortunately, Ian is adept at capturing an image so fleeting as to be almost imagined, and so I sploshed away from the session with a few shots in which I don’t resemble a guppy that should long ago have been flushed down the pan.

By far my proudest moment of the afternoon though came at the very bottom of the deep end when, on finally overcoming the fear and following the weighted rope to its end, I stood on the pool’s floor and gave a somewhat cheesy thumbs up to the camera.

Maybe I’ll never make the perfect mermaid, but just being myself in an iridescent tail for a few hours was definitely good enough for me.

Be a mermaid – or yourself in a tail – with one of FreediveUK’s Level 1-3 courses.