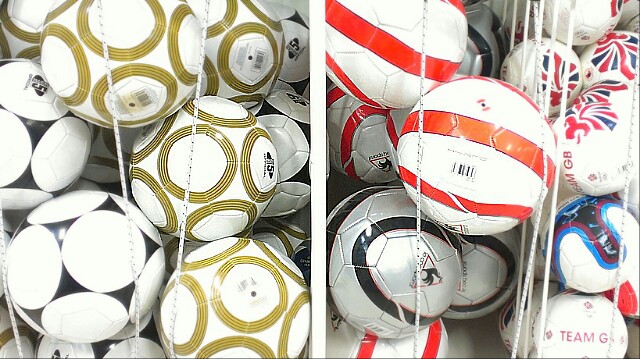 If you’re thinking, “who is she to take on this challenge on behalf of the unfit and inactive?”, you ask a fair question.

But doubt no longer, my friends. I am a complete sporting incompetent with no experience of even the lowest level of activity. I’ve managed to reach my thirties without learning to ride a bike, swim a stroke or lift anything heavier than a bag from Waterstone’s. I can’t stress enough how terrible I am at this stuff.

Still don’t believe me? Take a wee look at the evidence:

My commitment to sport was legendary throughout the school.

Litany of sporting failures
– After only one attempt at athletics, my P.E. teacher decided I had a skill that far outweighed my ability on track and field. For the remaining six months I raked the sand of the long jump pit while the rest of the class threw themselves onto the perfectly smoothed surface. I can’t jump far but I’m a demon with a bucket and spade.

– I once wasted an entire month of my parents’ time – and a tiny, insignificant amount of NHS resources – being tested for heart problems after almost collapsing into the school pool. Turns out, I almost panicked myself to death at the thought of swimming lessons.

– The only gymnastic success I ever felt was when I skidded into the splits during a rare appearance on a waterlogged hockey pitch. My friend laughed for… well, I’ll let you know when the laughter stops.

– I was recently blessed with the gift of a bike. It’s a folding bike. It’s still folded.

– For a whole year of primary school, I convinced my teacher that I had a bad back. This turned out to be a great move for a sport-fearing nine year-old as I managed to escape country dancing and gymnastics. I was only found out on Parents’ Evening when the concerned teacher mentioned my health problems to my bemused mum and dad.