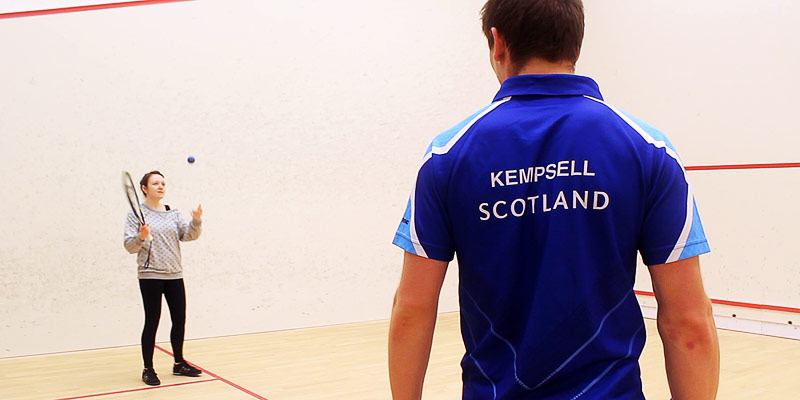 Ignorance is bliss. That’s the saying, right? While there are several definitions of the word, I’ve yet to find one that connotes bliss. I’m sure Thomas Gray had other meanings in mind than not knowing whether dinosaur and man co-existed or thinking that sexuality is chosen when he coined the phrase, but still, bliss? Please.

It irritates me when I don’t know things. I don’t mean other people stuff: I’m not a curtain twitcher and, as long as everyone is well, I couldn’t care a shade less what the rest of the world is up to behind closed louvres. But things that I should know, things that make life such an interesting place, it really pains me to be oblivious to them. So while I’d never kicked a ball or hopped, skipped and jumped into a fancy sandpit, I could always explain the offside rule and understand the theory of human trajectory – and I guess I could have picked a hockey stick out of a line-up, if pressed.

But truly, until my most recent sport outing, I didn’t know one end of a squash cue from the other.

If John Dunlop, Chief Executive of Scottish Squash and Racketball, had handed me a broom and a winged golden ball that Saturday morning, I might have worn a quizzical look, but it wouldn’t have taken long before I was astride the wooden handle, shouting, ‘Accio, snitch’.

Perhaps it’s not surprising really that someone as sport-less as me has managed to miss squash, given that it can’t be played wrapped in a blanket with an Agatha Christie in hand, and that it has bizarrely never been an Olympic sport. Yet squash, at its highest level, is an incredible feat of physical and mental endurance and has widely been described as the world’s healthiest sport. So after a roll and sausage and a doughnut, I headed off to try it.

The morning started well when I arrived at Scotstoun Leisure Centre to be told that the squash courts and enthusiasts are actually housed in the National Badminton Academy next door. I didn’t even know badminton was a curricular area, never mind that Glasgow had its own academy. But I followed the leisure attendant through the Saturday morning gym grind to the zone in question, and only then did I realise that I’d actually set foot in a squash court before – but had sadly mistaken it for just a cosy room with a view for an entire yoga session. Obviously, I kept that fact quiet, particularly since I was surrounded by some proper squash court users for the national squad’s training day.

Team Scotland athletes, Dougie Kempsell, Stuart Crawford, Greg Lobban and Kevin Moran rattled the walls with vigour – and squash balls – around me as I tried not to look terrified while wishing I’d worn my Nike chainmail. It’s a strange thing to be surrounded by people who have the potential to win medals at Glasgow 2014, while you yourself have the potential only to injure them with a wayward ball or, more likely, a flailing limb.

I was ushered, somewhat unceremoniously, into their midst, behind the glass wall of doom. John kindly started my lesson off with a racketball racquet/ball combo, both bigger and easier for a beginner to bring together than the squash equivalents. And almost at once I was overtaken by the urge to, in the Chief Exec’s words, ‘bash the ball against the wall’. My aim was rubbish, I lacked the strength necessary to do any real damage, and I was so anchored to the one spot at times that the coastguard couldn’t have moved me, but I hit the damn thing – and it felt pretty good. Of course, I was perspiring like Peppa by this point, and I hadn’t even faced an opponent yet. That joy was still to come.

And joy it was, when Dougie Kempsell took time out of his training schedule to knock a squash ball around the court for me to chase like a desperate spaniel. At one point, I did catch him off guard and he was forced to move a few hurried steps to his left, but I can’t imagine he burned many calories during our match overall.

Ten minutes later and I was done. Seriously, playing squash with a national champ is not for the faint-hearted… or those who faint, or have heart problems. But it’s a truly wonderful workout; more interesting than the gym and less dangerous than storm-chasing. Just fun and energetic and easily taken at your own pace – unless you’re up against a Commonwealth athlete for your first session.

Afterwards, I watched the team practise their doubles technique and met George Allan of Scottish Squash Rackets Club, who invited me along to give the sport another go with players a little closer to my skill level – or at least not quite so far above it. And I’m actually choosing to go!

In retrospect, it was an inspired decision – that was probably more fortune than insight – to leave squash until this end of the seventeen sports. Believe it or not, my fitness levels have improved since those halcyon days of sitting on my hind-end once in a while. And, before bikes, bowls and (punch) bags knocked my sorry form into some semblance of shape, I don’t think squash and I would have been friends. I’m not saying I wouldn’t have nodded to it in the street but I can’t imagine we would have made it past the pleasantries.

It’s the age of information, and a world of wonderful pocket encyclopaedias that rarely see the insides of our pockets; so there’s really no excuse for ignorance to survive. But squash, it’s also time for you to take charge, start shouting your worth, and drag your light from under that comfy bushel – and let eejits like me ignore your charms no more.
Paula.