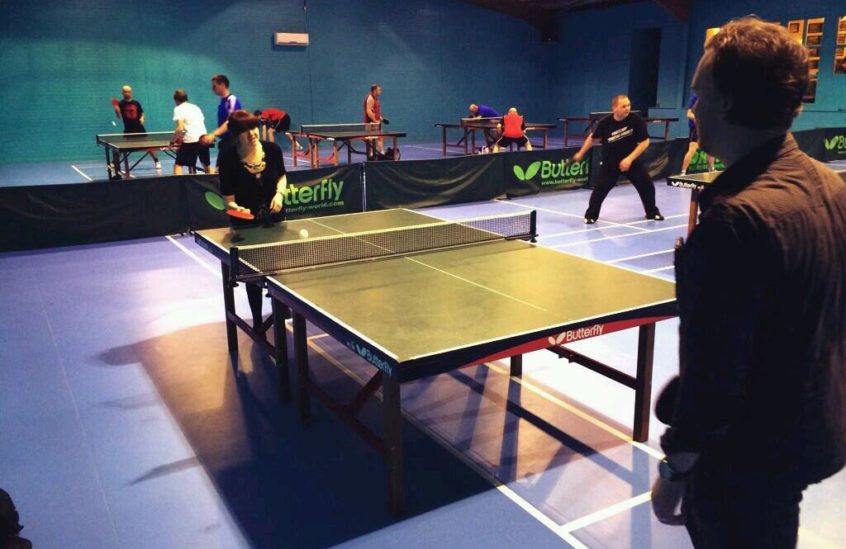 Gerry is the creative mastermind behind this and a plethora of other sites around the glorious web. His talent and patience know no humanly bounds as he follows a clumsy trier around the country, filming the resulting mess for your amusement.  He loves pickled onions and cinema from countries I’ve never heard of. He’s officially ace – they’ve tested.

As Paula’s photos-and-video guy, I rarely get a chance to try the sport myself. I’m usually quite glad to be behind the camera as she rattles her helmet-clad noggin off of concrete, or drags herself straight out of the pool and into 10 thousand metres worth of cycling, running and evaporation. Later on, we’ll go out together and try the sport on our own terms, with the camera safely shuttered away. This is where I actually get to enjoy the sport – being sub-par without a pro (however benevolent) eyeballing the dusty creaking of a once-coordinated frame.

Behind the camera is a great position, and I recommend it highly to those who want to be close to the white-hot-heat of fun while retaining some semblance of eyebrows.

Paula, Gav and I went from rainy-street to full table-tennis in under 4 minutes. We were all in regular attire and as we were led to a tennis-table I waved my camera like a sheriff’s badge. Sport was happening before I got the lens cap off.

After 15 minutes or so of watching an emergent, street-rules variant of the game spring up between Paula and Gav, I was proffered a paddle and it was, officially, My Turn.

The last time this happened was with Lawn Bowls – a genteel sport of careful thought and measured rolls. The kind of sport that you’ve got time in which to assess the path of the bowl as it describes a decaying orbit. Possibly over a biscuit. Not so with table tennis.

The balls are hollow bordering on intangible, and they move so fast and they go too far and – oh no – Gav is filming me on his phone. This isn’t right, no person should have to learn like this – in the glare of the media.

Okay, so flashbulbs weren’t exactly going off, but it was still unnerving having my graceless swings recorded for posterity. I like to think that now I have more empathy for Paula who is usually in the crosshairs of the lens.

Apart from that, table tennis was a fun, but frustratingly stop-start affair. Just as a small, doe-eyed rally was being born I – or my equally green opponents – would fumble, necessitating the undignified run-crouch-grab ritual needed to restart the match.

Badminton is a more forgiving experience, with wayward shots hanging in the air like bored piñatas for opponents to strike at their leisure. A missed shuttlecock is a ribbon-tied gift to your opponent that ensures the unbroken flow of the game. However, a poor shot in table tennis brings the house down with a sitcom-esque scramble for the ball and an attendant breaking of concentration.

In all sports, equally matched competitors lead to the best games, but – in table tennis – if both are vying for the bottom rung of the ladder, the laughs come at how little of the sport is actually occurring.

For us, table tennis was something that occasionally punctuated long bouts of running for the ball. However, in those brief flashes – those sweet metronomic moments when both newbies hit and returned more than once – I could see why people go mad for this sport. It’s musical and a lot of fun, if you can keep the beat going.

Before we knew it, we’d used up our time on the table, and it was time to hit the street again. We’d had a good laugh, and I’d had more exercise than expected; I think that should be the strapline for every sport club looking to get new people in.